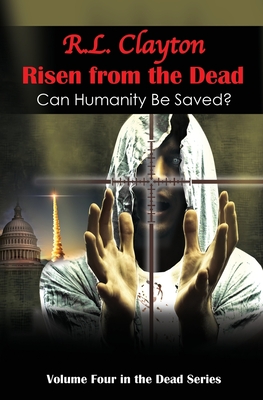 Twelve-year-old Mohammed al Jar, escapes from the horror of a refugee camp in Libya by joining a radical Islamic group. As part of a bio strike against the United States, he is infected with a dangerous virus, becoming a bio-weapon. On the eve of his departure he realizes that his leaders are not being directed by God but a devil. He turns himself in to the local Imam who takes him to a hospital where he assists in stopping this dastardly attack. He dies from the infection but is reborn with the purpose of uniting the religions of the world, bringing them back to God.

US President Ron Carson sends Kiki Russell and Nick Sabino to determine if this boy represents the threat to world stability his advisors claim. Spreading peace to the war-torn Middle East, the boy is assassinated by those profiting from war. Nick and Kiki witness his resurrection.

Predicting a cataclysmic event that would lead to human extinction, Mohammed al Jar urges United States President Ron Carson to create a string of power gathering satellites beaming clean energy to Earth. By providing energy globally, the United States is insured a position of power in the world. To fund this endeavor, he must dip into the defense budget becoming an enemy of the Military Industrial Complex. Mohammed al Jar is again assassinated but reappears, bringing followers to his Faithism religion, lending credibility to his claim to be an envoy of God.

The Military Industrial Complex, unwilling to give up the billions of dollars, declare Carson an enemy. Nick and Kiki are forced to protect Carson from assassinations and fight those who perpetuate world conflict for profit. They become targets themselves.