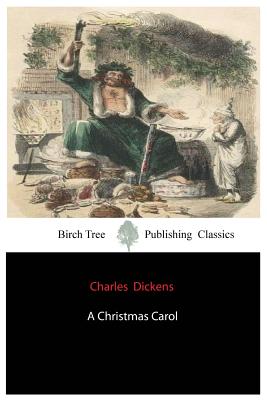 Charles Dickens's classic A Christmas Carol has had significant influence on our ideas about the Christmas spirit, and the season as a time for celebration, and charity.The story tells of sour, stingy, miser Ebenezer Scrooge, whose name is now synonymous with greed and parsimony, believes Christmas to be "humbug." Refusing to donate any of his fortune to the poor, and states "I don't make merry myself at Christmas, and I can't afford to make idle people merry." The novella met with instant success and critical acclaim. However A Christmas Carol has proved one of his most well loved works. Written and published in early Victorian Era Britain, a period when there was both strong nostalgia for old Christmas traditions and an initiation of new practices such as Christmas trees and greeting cards.Dickens's sources for the tale appear to be many and varied but are principally the humiliating experiences of his childhood, his sympathy for the poor, and various Christmas stories and fairy tales. The tale has been viewed by critics as an indictment of 19th-century industrial capitalism.It has been credited with restoring the holiday to one of merriment and festivity in Britain and America after a period of sobriety and sombreness