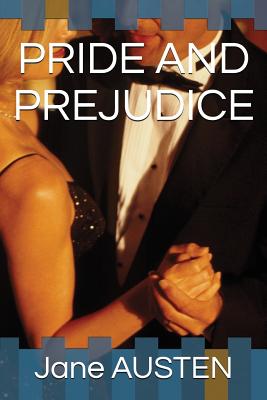 - Jane AUSTEN, born in 1775 and died in 1817, is an English author. His work is rich in famous novels: Sens and Sensibility (1811), Pride and Prejudice (1813), Mansfield Park (1814) and Emma (1816). Two other novels published posthumously in 1818: Northanger Abbey and Persuasion. His books are mostly sentimental, written in the 18th century, with intrigue, comic nature and women's reliance on marriage. These novels deal with moral problems and offer happy results The literary elite admired the work, especially after the publication by his nephew of "A Memory of Jane Austen" in (1869). His artistic, ideological and historical works are a real success. These are part of the legacy of world literature. - THE ROMANTIC NOVEL is about England at the beginning of the 19th century. Bennet's parents have five daughters to marry, especially since at the father's death the family will be destitute. The legacy of the Longbourn House property will pass to William Collins, a distant cousin of Mr. Bennet. Jane, the eldest, is a beautiful docile young woman. She is well educated and is the first candidate to marry. Elizabeth, the second heroine of the novel, gives the impression that she is rebellious to propriety. She is a very intelligent and lively young woman. Also, the arrival on the spot of Mr. Bingley, a rich and single young man, at the same time accompanied by a friend, Mr. Fitzwilliam Darcy, also richer and single, will set fire to the powders and finish to upset the life of all this little world. In addition, the character of each other will not make things easier. At first, the trend is strong to stick pride and prejudice to Mr. Darcy. His haughty appearance actually hides a great shyness. In the beginning, Elizabeth's great mistake, which is in fact the true pride with prejudices, is to choose indiscriminately George Wickham, son of the steward of the father of Mr. Darcy, an officer in the militia, to Mr Darcy. The rest of the novel will allow him to discover who these two men really are.