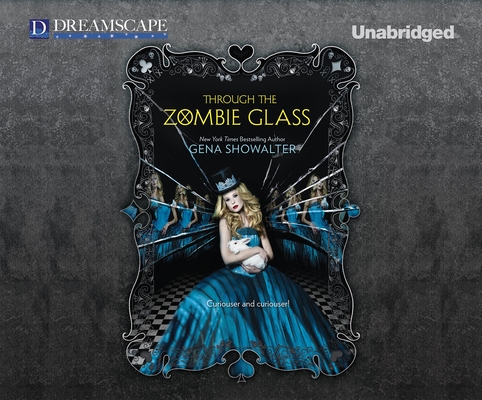 This is book number 2 in the White Rabbit Chronicles series.

Alice Bell has lost so much. Family. Friends. A home. She thought she had nothing else to give. She was wrong. After a new zombie attack, strange things begin to happen to her. Mirrors come to life, and the whispers of the dead assault her ears. But the worst? A terrible darkness blooms inside her, urging her to do very wicked things. She's never needed her team of zombie slayers more, but ultra bad-boy Cole Holland, the leader and her boyfriend, suddenly withdraws from her...from everyone. Now, with her best friend Kat at her side, Ali must kill the zombies, uncover Cole's secret and learn to fight the darkness. But the clock is ticking...and if she fails at a single task, they're all doomed.

Gena Showalter is the New York Times and USA Today bestselling author of the acclaimed Lords of the Underworld series and more than thirty other books. She lives in Oklahoma City, Oklahoma. READER BIO Jacquie Floyd has been acting since the summer of her 8th year when she played Mayzie the lazy bird in Horton Hatches the Egg. Later, she studied at St. Edward's University in Austin. There she performed with Emmy award-winning director Bob Tolaro and Julius Tennon in Othello. Jacquie graduated from Oakland University with a Bachelors in Performing Arts. Memorable roles include Ann in All My Sons, for which she received an Irene Ryan nomination. Professionally, Jacquie has savored roles in Angels in America, The Diary of Anne Frank, Much Ado About Nothing, and films Love & Plutonium, and 21 Carbs.