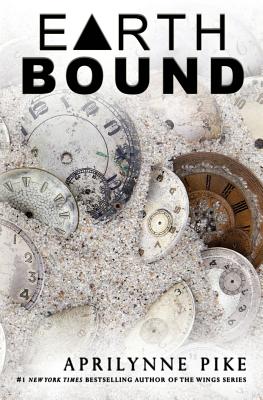 This is book number 1 in the Earthbound series.

Love, fate, and power collide in this series by #1 New York Times bestselling author Aprilynne Pike. Tavia Michaels is the sole survivor of the plane crash that killed her parents. When she starts to see strange visions of a boy she's never spoken with in real life, she begins to suspect that there's much about her past that she isn't being told.