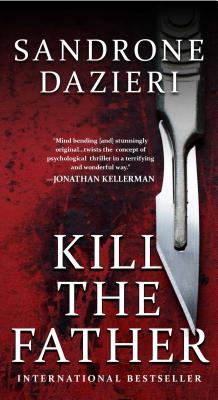 This is book number 1 in the Caselli and Torre Series series.

In this “absolutely electrifying” (Jeffrey Deaver) thriller and huge international hit, two people—each shattered by their past—team up to solve a series of killings and abductions that may hint at something far more sinister at play.

When a woman is beheaded in a park outside Rome and her six-year-old son goes missing, the police see an easy solution: they arrest the woman’s husband and await his confession. But the chief of Rome’s major crimes unit has doubts.

Secretly, he lures to the case two of Italy’s top analytical minds: Deputy Captain Colomba Caselli, a fierce, warrior-like detective still reeling from having survived a bloody catastrophe, and Dante Torre, a man who spent his childhood trapped inside a concrete silo. Fed by the gloved hand of a masked kidnapper who called himself “the Father,” Dante emerged from his ordeal with crippling claustrophobia but, also, with an unquenchable thirst for knowledge and hyperobservant capacities.

All evidence suggests that the Father is back and active after being dormant for decades. But when Colomba and Dante begin following the ever-more-bizarre trail of clues, they grasp that what’s really going on is darker than they ever imagined.

An “intense, gripping, and entirely unforgettable” (Christopher Reich) thriller with many twists and turns, it’s perfect for fans of Thomas Harris and Jo Nesbo.

Sandrone Dazieri is the bestselling author of numerous novels and screenplays. Kill the Father, the first novel in his series featuring Colomba Caselli and Dante Torre, was an international bestseller and received spectacular praise for its highly unconventional detective duo. Kill the Angel was also a bestseller, and Kill the King is the third and final novel in the series. You can follow him on Twitter @SandroneDazieri.