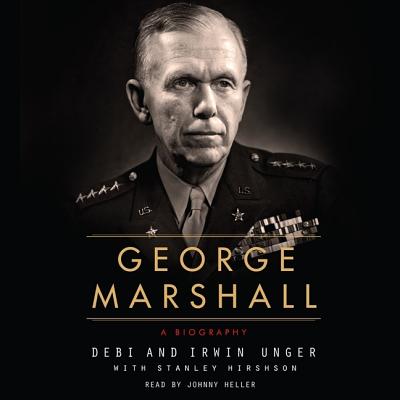 Based on exhaustive research and filled with rich detail, George Marshall is sure to be hailed as the definitive work on one of the most influential figures in American history--the general who ran the U.S. campaign during the Second World War, the secretary of state who oversaw the successful rebuilding of postwar Europe, and the winner of the Nobel Peace Prize.

While Eisenhower Patton, Bradley, Montgomery, MacArthur, Nimitz, and Leahy waged battles in Europe and the Pacific, one military leader, George C. Marshall, chief of staff of the U.S. Army from 1939 to 1945, actually ran World War II for America, overseeing all personnel and logistics.

This biography, the first to offer a complete picture of his life, follows George C. Marshall from his childhood in western Pennsylvania and his training at the Virginia Military Institute to his role during and after World War II and his death in 1959 at the age of seventy-eight. It casts light on the inspiration he took from historical role models, such as George Washington and Robert E. Lee, and his relationships with military brass, the Washington political establishment, and world leaders, from Harry Truman to Chiang Kai-shek. It explores Marshall's triumphs and defeats during World War II, and his contributions through two critical years of the emerging Cold War--including the transformative Marshall Plan, which saved Western Europe from Soviet domination, and his failed attempt to unite China's Nationalists and Communists.