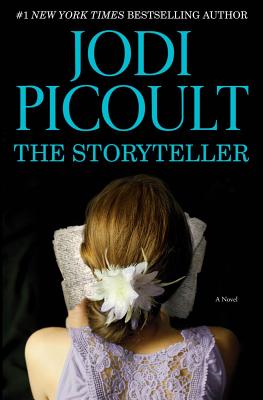 By Jodi Picoult
Email or call for price
Hard to Find

Sage Singer is a baker. She works through the night, preparing the day’s breads and pastries, trying to escape a reality of loneliness, bad memories, and the shadow of her mother’s death. When Josef Weber, an elderly man in Sage’s grief support group, begins stopping by the bakery, they strike up an unlikely friendship. Despite their differences, they see in each other the hidden scars that others can’t, and they become companions.

Everything changes on the day that Josef confesses a long-buried and shameful secret—one that nobody else in town would ever suspect—and asks Sage for an extraordinary favor. If she says yes, she faces not only moral repercussions, but potentially legal ones as well. With her own identity suddenly challenged, and the integrity of the closest friend she’s ever had clouded, Sage begins to question the assumptions and expectations she’s made about her life and her family. When does a moral choice become a moral imperative? And where does one draw the line between punishment and justice, forgiveness and mercy?

In this searingly honest novel, Jodi Picoult gracefully explores the lengths we will go in order to protect our families and to keep the past from dictating the future.

Jodi Picoult received an AB in creative writing from Princeton and a master’s degree in education from Harvard. The recipient of the 2003 New England Book Award for her entire body of work, she is the author of twenty-six novels, including the #1 New York Times bestsellers House Rules, Handle With Care, Change of Heart, and My Sister’s Keeper, for which she received the American Library Association’s Margaret Alexander Edwards Award. She lives in New Hampshire with her husband and three children. Visit her website at JodiPicoult.com.