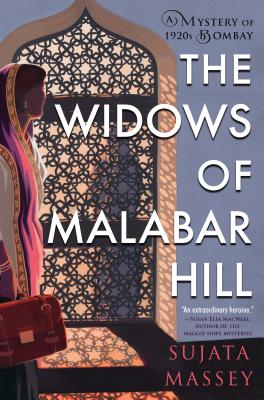 “This is a harrowing story - and the mystery is great, too! Life for a single woman in Bombay in 1916 is fraught. But Perveen Mistry has the support of her lawyer father and is educated as a lawyer, as very few women are in this time and place. She becomes essential when the law firm needs to interview three widows living in full purdah, secluded from the world in general and men in particular. When their house agent is murdered, the male police are stymied by the women's inaccessibility. The backstory is disturbing in how the law favored even abusive men over women. A fascinating start to a new series.”
— Lisa Wright, Oblong Books And Music,LLC., Millerton, NY

“Fascinating detail about life in 1920s Bombay combines with a clever mystery to make this a pleasure to read. Perveen Mistry has overcome the poor decisions of her youth that have imbued in her a passion for women’s rights, achieved a degree in law at Oxford, and joined her father’s law firm as the first woman to practice law in India. While she is not allowed to argue cases in court, she is able to help with all the contractual aspects of a law practice. Looking over the estate of Omar Farid, she notices some suspicious aspects to the paperwork and is concerned about the welfare of the three widows who live in strict purdah. When a murder occurs, Perveen gets involved in the investigation. What really sets this engaging series launch apart is its great use of interesting historic detail.”
— Deon Stonehouse, Sunriver Books & Music, Sunriver, OR

1920s India: Perveen Mistry, Bombay's first female lawyer, is investigating a suspicious will on behalf of three Muslim widows living in full purdah when the case takes a turn toward the murderous. Inspired in part by the woman who made history as India's first female attorney, this is a richly wrought story of multicultural 1920s Bombay as well as the debut of a sharp and promising new sleuth.

Sujata Massey was born in England to parents from India and Germany, was raised mostly in St. Paul, Minnesota, and lives in Baltimore, Maryland. She was a features reporter for the Baltimore Evening Sun before becoming a full-time novelist. Her novels have won the Agatha and Macavity awards and been finalists for the Edgar, Anthony, and Mary Higgins Clark prizes. Visit her website at sujatamassey.com.