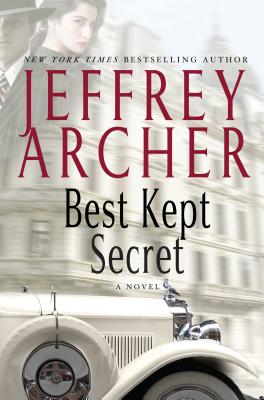 By Jeffrey Archer
Email or call for price
Out of Print

This is book number 3 in the Clifton Chronicles series.

1945. The vote in the House of Lords as to who should inherit the Barrington family fortune has ended in a tie. The Lord Chancellor's deciding vote will cast a long shadow on the lives of Harry Clifton and Giles Barrington. Harry returns to America to promote his latest novel, while his beloved Emma goes in search of the little girl who was found abandoned in her father's office on the night he was killed. When the General Election is called, Giles Barrington has to defend his seat in the House of Commons and is horrified to discover who the Conservatives select to stand against him. But it is Sebastian Clifton, Harry and Emma's son, who ultimately influences his uncle's fate. In 1957, Sebastian wins a scholarship to Cambridge, and a new generation of the Clifton family march onto the page.

JEFFREY ARCHER was educated at Oxford University. He has served five years in Britain's House of Commons and nineteen years in the House of Lords. All of his novels and short story collections--including "Only Time Will Tell, Kane and Abel, Sins of the Father, "and "False Impression--"have been international bestselling books. Archer is married with two sons and lives in London and Cambridge.