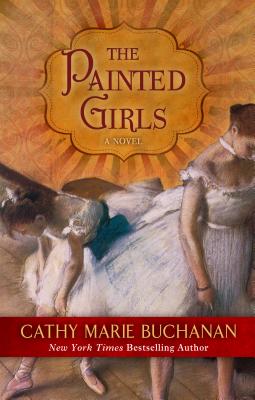 “At the end of the 19th century, Paris was the center of the world for all arts, and humanity struggled with massive changes in the very structure of society. Degas and Zola were players on this stage as were three sisters who aspired to the world of ballet. Based on historical figures and incidents, this novel delivers great atmosphere and fully realized characters who weave through the harsh yet rich tapestry of the times and tell a story of family, romance, degradation, and fulfillment.”
— Karen Frank, Northshire Bookstore, Manchester Center, VT

Cathy Marie Buchanan is the author of the national bestseller "The Day the Falls Stood Still," a Barnes & Noble Recommends selection and an Indie Next pick. She lives in Toronto.