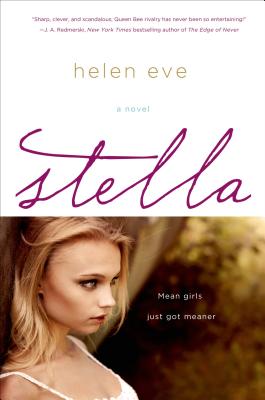 By Helen Eve
Email or call for price
Hard to Find

Seventeen-year-old Stella Hamilton is the star blazing at the heart of Temperley High. Leader of the maliciously exclusive elite, she is envied and lusted after in equal measure. And in the Hamilton tradition, she is in the final stage of a six-year campaign to achieve her destiny: love with her equally popular male equivalent, and a triumphant election to Head Girl.

Caitlin Clarke has lived a quietly conformist life in New York City until, with the collapse of her parents' marriage, she's sent across the Atlantic for a strict English boarding school education. As soon as she arrives at Temperley, she learns that the only important rules are the unwritten ones. The upper echelons of her new society are marked not by neat dresses and Kate Middleton hair, but by skinny jeans, cigarettes and scars. It's a world of the beautiful and the dangerous, and acceptance means staying on the right side of the most beautiful and dangerous of them all.

As Caitlin's popularity grows, she discovers that not everyone is happy under Stella's rule that it might finally be time for a new order among the Stars and the civilians. Fighting the system, however, means Caitlin must tread the same dark path as Stella, where absolute power and absolute destruction are only a breath away . . .

HELEN EVE grew up in the north of England and attended Oxford University. For the next seven years she ran an outreach initiative encouraging applicants for her college. In this role she visited hundreds of high schools each year before leaving to focus on a creative writing MA, from which she has just graduated with distinction. Stella is her first novel.