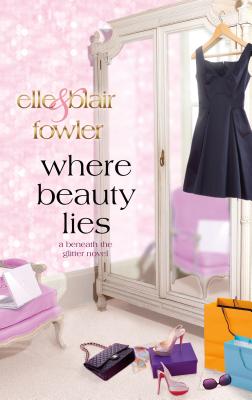 By Elle Fowler, Blair Fowler
Email or call for price
Hard to Find

This is book number 2 in the Sophia and Ava London series.

"Step behind the velvet ropes of Fashion Week and enter an exclusive world of opulent parties, hot guys, designer style and new lies. "
""
""In Hollywood, there's no such thing as bad press, especially when you're Sophia and Ava London. Despite their very public scandal, the London sisters are hotter than ever. Sophia's finally in the perfect relationship with the perfect guy even if can't she get the memory of Giovanni out of her head. And Ava's taking a break from dating to focus on her career while a new love interest is trying to disrupt her carefully laid plans. Best of all, Sophia and Ava have just been given a chance to create their own fashion line for New York Fashion Week. It's a once in a lifetime opportunity but only if their ruthless rivals don't destroy them first.

The same unseen enemies who tried to ruin them back in L.A. are in New York to finish the job. And a new competitor is hiding in the shadows of the runway, waiting for a chance to steal everything Sophia and Ava have worked so hard for. In the cutthroat world of high fashion, it's impossible to know who your real friends are. At least Sophia and Ava can count on each other but will it be enough to keep them from losing it all?

From internet sensations Elle and Blair Fowler comes "Where Beauty Lies," the dazzling sequel to "Beneath the Glitter.

ELLE and BLAIR FOWLER's makeup and fashion tutorial videos for YouTube have garnered millions of views and national media attention. They have been nominated for two Teen Choice Awards, and recently launched their own make up line. They live in LA.

Praise for Beneath the Glitter

“Fans of Lauren Conrad's L.A. Candy are going to sweep up Beneath the Glitter, the debut novel from YouTube style sensations Elle and Blair Fowler.” – Justine Magazine

“An end-of-summer fun read . . . quick, lighthearted [that] makes us feel as if we’re actually living a glitzy, glamorous life. Oh, how we wish!” – Miss Literati

“A GREAT book and even better beach read. It's fun, light hearted and a book that everyone should add to their collection.  I can't wait for the next one!” –loveforlacquer.com

“This book was delicious and addicting and wonderful.  The characters were well-developed, the plot line was delish, and the entire idea was fantastic.  It reminded me of L.A. Candy in a way, but there was better drama…I highly recommend this book.  It’s absolute awesomeness.” –Willa’s Ramblings

“An enthralling, lighthearted, irresistible, and romantic story…fans of contemporary, chick lits and quick paced funny reads will certainly find delight in this one.” –Itching for Books

“An enjoyable read that is perfect for the beach…about two sisters who'd do anything for each other but have to realize that life might not be as easy as they want it to be. If you're looking for an easy and fast read, be sure to consider reading this one - especially if you're someone who, like me, is easily pulled in by a world of beauty, glamour and gossip.” –Fictional Distraction

“If you are a fan of the Fowler sisters I would definitely suggest picking up this book because it is a great insight into their world!” –Charming Chelsey’s

“ Fun characters combined with the always interesting plot line - which included mingling with movie stars, rescuing animals, 46 courses of champagne tasting, and even sabotage - made for a quick, fun read that I finished in under a day.” The Mortal’s Library

“Ava and Sophie seemed really down to earth and were just trying to make it big in a city notorious eating up people and spitting them out.  I really enjoyed watching their relationship grow through the tribulation that comes with success.” –Charlotte’s Web of Books