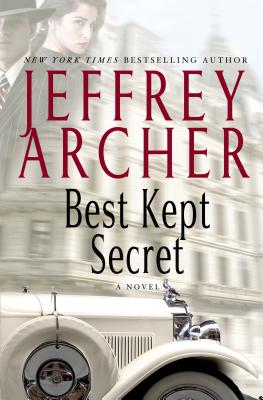 1945, London. The vote in the House of Lords as to who should inherit the Barrington family fortune has ended in a tie. The Lord Chancellor's deciding vote will cast a long shadow on the lives of Harry Clifton and Giles Barrington. Harry returns to America to promote his latest novel, while his beloved Emma goes in search of the little girl who was found abandoned in her father's office on the night he was killed. When the general election is called, Giles Barrington has to defend his seat in the House of Commons and is horrified to discover who the Conservatives select to stand against him. But it is Sebastian Clifton, Harry and Emma's son, who ultimately influences his uncle's fate.

In 1957, Sebastian wins a scholarship to Cambridge, and a new generation of the Clifton family marches onto the page. But after Sebastian is expelled from school, he unwittingly becomes caught up in an international art fraud involving a Rodin statue that is worth far more than the sum it raises at auction. Does he become a millionaire? Does he go to Cambridge? Is his life in danger? Best Kept Secret, the third volume in Jeffrey Archer's bestselling series, will answer all these questions but, once again, pose so many more.

“One of the top ten storytellers in the world.” —Los Angeles Times on JEFFREY ARCHER

“Archer plots with skill, and keeps you turning the pages.” —The Boston Globe on JEFFREY ARCHER

“Archer is a master entertainer.” —Time on JEFFREY ARCHER

“A storyteller in the class of Alexandre Dumas...unsurpassed skill.” —Washington Post on JEFFREY ARCHER

“Archer delivers another page-turning, heart-stopping saga, with delightful twists, and a surprise ending... readers will surely wait for the next with bated breath.” —Publishers Weekly on Sins of the Father

“You'll risk back injury just from being kept on the edge of your seat.... I guarantee that anyone who takes this book from the shelves will not be able to put it down.” —The Spectator on Sins of the Father

“A master of fiction...[Jeffrey Archer] can tell a story, and he does so with such conviction, such appealing naïveté, that you suspend disbelief, and read happily on.” —The Scotsman on Sins of the Father

“General readers as well as Archer fans will enjoy this unforgettable tale, which abounds with cliff-hangers that propel its intriguing and intricate plot.” —Library Journal (starred review) on Only Time Will Tell

“The drama of Harry Clifton's young life takes the reader to the edge of the cliff, where they must hang until the next Clifton Chronicle...” —Sunday Telegraph on the Clifton Chronicle series

“What appears at the outset to be a straightforward coming-of-age tale becomes, by the end, a saga of power, betrayal, and bitter hatred. The novel ends on a deliberately dark note, setting the stage for the sequel...An outstanding effort from a reliable veteran.” —Booklist (starred review) on Only Time Will Tell