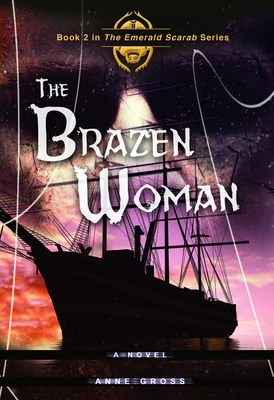 Mademoiselle Lenormand, the infamous Parisian fortune-teller, has been given the impossible task: find the golem she’d conjured, and bring it back to the shadowy society of witches where it belongs. She must hold her tarot cards close to her chest to survive as the drums of war start to sound between England and her homeland. The entire fate of womankind rests upon her success. But for Mlle. Lenormand success is entirely dependent upon the quality of her repas. Suffice to say, the ship’s biscuit and salted pork is just not up to snuff.

Napoleon Bonaparte curses the day he’d ever met that drat fortune-teller who stole his emerald. She had the gall to blame it all on a golem. Golem, indeed! There is no such thing! That slippery swindler Lenormand knew full well the emerald holds the only key to a peaceful world. “Find that woman and her accomplice,” he tells his minister of police. “I’ll hang them both by their fingernails until they give me what I want.”

Elise Dubois, unwitting golem and 21st Century time-traveler, has one thing in mind: getting the heck out of the 19th Century and back to Tucson, Arizona. She clutches the emerald like it’s her only ticket, but so far it’s only dragged her into a marriage she doesn’t want and a nurse’s position with the British Army. She prays she’ll wake up from her nightmare before the war begins….

…Okay, two. Elise has two things in mind: getting home, and Thomas, the sultry and sulking former barman of the Quiet Woman. But Thomas doesn’t count, does he?

The Brazen Woman, Book Two of the Emerald Scarab Adventures, is a tale of hot pursuit on the high seas and passion on the battlefield. When magic and manipulation doesn’t help the situation, at least there’s rum and romance.

With a French father and a mother from New Orleans, Anne Gross's interest in the Napoleonic era was inevitable. Former nurse and classical musician, Anne now lives in San Francisco where she's working on the continued adventures of her recalcitrant heroine.