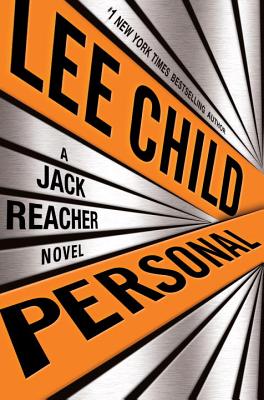 This is book number 19 in the Jack Reacher Novels series.

#1"NEW YORK TIMES"BESTSELLER Jack Reacher returns in another fast-moving, action-packed, suspenseful book fromLee Child.
"You can leave the army, but the army doesn t leave you. Not always. Not completely, "notes Jack Reacher and sure enough, the retired military cop is soon pulled back into service. This time, for the State Department and the CIA.
Someone has taken a shot at the president of France in the City of Light. The bullet was American. The distance between the gunman and the target was exceptional. How many snipers can shoot from three-quarters of a mile with total confidence? Very few, but John Kott an American marksman gone bad is one of them. And after fifteen years in prison, he's out, unaccounted for, and likely drawing a bead on a G8 summit packed with enough world leaders to tempt any assassin.
If anyone can stop Kott, it's the man who beat him before: Reacher. And though he d rather work alone, Reacher is teamed with Casey Nice, a rookie analyst who keeps her cool with Zoloft. But they re facing a rough road, full of ruthless mobsters, Serbian thugs, close calls, double-crosses and no backup if they re caught. All the while Reacher can t stop thinking about the woman he once failed to save. But he won t let that that happen again. Not this time. Not Nice.
Reacher never gets too close. But now a killer is making it personal.
Praise for "Personal"
""
The best one yet. Stephen King
Reacher is the stuff of myth, a great male fantasy. . . . One of this century's most original, tantalizing pop-fiction heroes . . . Child does a masterly job of bringing his adventure to life with endless surprises and fierce suspense. " The Washington Post"
Yet another satisfying page-turner. " Entertainment Weekly"
""
Reacher is always up for a good fight, most entertainingly when he goes "mano a mano" with a seven-foot, 300-pound monster of a mobster named Little Joey. But it's Reacher the Teacher who wows here. Marilyn Stasio, "The New York Times"
""
Jack Reacher is today's James Bond, a thriller hero we can t get enough of. I read every one as soon as it appears. Ken Follett
Reacher's just one of fiction's great mysterious strangers. "Maxim"
""
If you like fast-moving thrillers, you ll want to take a look at this one. John Sandford
Fans won t be disappointed by this suspense-filled, riveting thriller. "Library Journal "(starred review)
Child is the alpha dog of thriller writers, each new book zooming to the top of best-seller lists with the velocity of a Reacher head butt. "Booklist"
""
Every Reacher novel delivers a jolt to the nervous system. "Kirkus Reviews.

Lee Child is the author of nineteen "New York Times" bestselling Jack Reacher thrillers, ten of which have reached the #1 position. All have been optioned for major motion pictures; the first, "Jack Reacher, " was based on "One Shot." Foreign rights in the Reacher series have sold in almost a hundred territories. A native of England and a former television director, Lee Child lives in New York City.