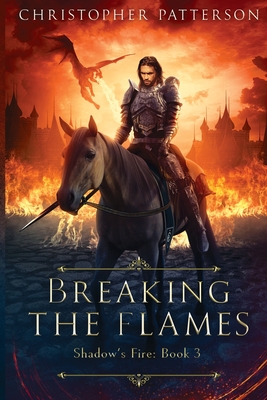 It was the most unlikely of paths for the simple farmer, but one he must now embrace.

Erik has become a hero, a warrior... and a leader.

The journey to find the lost dwarvish city of Orvencrest is almost complete, but the closer Erik and his companions are to their goal, the greater the danger.
As Erik nears the end of his quest, he is now torn between his dwarvish allies, his family, and fulfilling the mission given to them by the Lord of the East. It is Erik who must decide what is best for the rest of the world.

As he discovers atrocities and forgotten histories buried deep within an abandoned, dwarvish city, Erik unwittingly awakens an ancient evil -- one the world hasn't seen for a thousand years. It is an evil that threatens to enslave the world again, and the chains are not made of iron, but of fire.

There is only one choice for Erik now: to die or to break the flame...