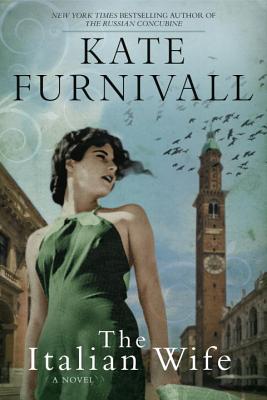 The New York Times bestselling author of The Russian Concubine returns with a stunning new novel set in Mussolini's Italy. Isabella Berotti is an architect, helping to create showpieces that will reflect the glory of her country's Fascist leaders. She is not a deeply political sort, but designing these buildings of grandiose beauty helps her forget about the pain she's felt since her husband was murdered years ago. One of her greatest accomplishments is the clock tower in the town of Bellina, outside Rome. But as she is admiring it one day, a woman approaches her, asking her to watch her ten-year-old daughter. Minutes later, to Isabella's horror, the woman leaps to her death from that very clock tower. There are photos of the woman right after the suicide, taken by Roberto Falco. A propaganda photographer for Il Duce, he is expected to show his nation in the most flattering light. But what Roberto and Isabella have seen reflects a more brutal reality, and in a place where everyone is watching and friends turn on friends to save themselves, their decision to take a closer look may be a dangerous mistake.

Kate Furnivall has worked in publishing and television advertising, and is the New York Times bestselling author of The Far Side of the Sun, Shadows on the Nile, The White Pearl, The Jewel of St. Petersburg, The Girl from Junchow, The Red Scarf, and The Russian Concubine.