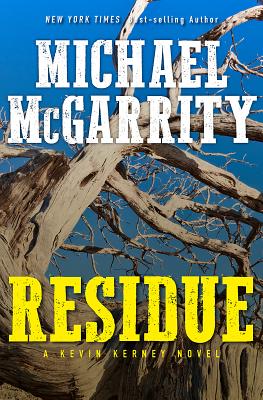 This is book number 13 in the Kevin Kerney Novels series.

Against the backdrop of the harsh desert and high mountain country of southwestern New Mexico, a high-octane quest for the truth untangles a complex history of dark family secrets, cold-blooded murders, rogue cops, a devastating plane crash, and the possibility of one family’s reconciliation.

With damning evidence against him compiled by his own son, New Mexico State Police Lieutenant Clayton Istee, Kerney is arrested. He has no alibi and not a single witness to speak for him. Under intense media scrutiny and 24/7 police surveillance, Kerney must rely solely on the help of his wife, Sara, and a renowned criminal defense lawyer to discover if there are any remaining clues that can exonerate him or lead to the killer.

As the trio begin to reconstruct the events leading to Ward’s murder, Istee reexamines his suspicions about Kerney’s guilt and decides to risk everything to help prove his father’s innocence. Working together to identify one person who can clear Kerney’s name and expose the killer, the four soon discover that Ward’s murder isn’t the only crime to be solved.

Complex, entirely original, and whip-smart, Residue is all but impossible to put down. And Michael McGarrity once again proves himself a master.