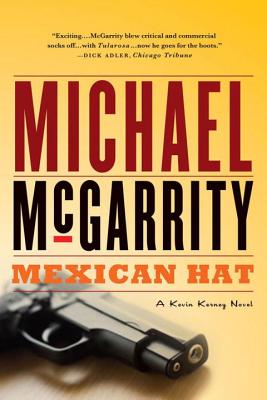 This is book number 2 in the Kevin Kerney Novels series.

Taking a job as a seasonal forest ranger in New Mexico's Gila Wilderness, Kevin Kerney is looking forward to a quiet summer high in the mountains. But the murder of a Mexican tourist, and the discovery of a disoriented old man in the wild, thrust Kerney into an investigation that will carry him back in time to a sixty-year-old feud between two land-rich brothers, Edgar and Eugene Cox.

Mexican Hat has it all -- cattle ranchers, the U.S. Forest Service, militia groups, poachers, land-grabbing murderers, Game and Fish Department investigators and locals who just want to be left alone.

Exciting ... McGarrity blew critical and commercial socks off ... with Tularosa ... now he goes for the boots.

Starred Review. Ingeniously orchestrates character, place, action, history, and relationships in another outstanding novel.... McGarrity delivers on the promise of his accomplished debut in Tularosa.

An ex-cop, McGarrity knows what he's writing about -- and how to write it.
— Tony Hillerman