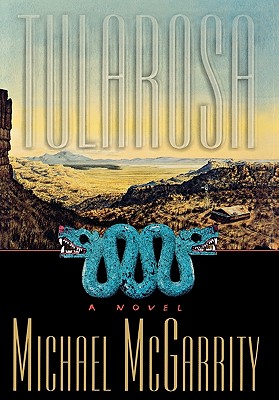 This is book number 1 in the Kevin Kerney Novels series.

A novel whose nonstop plot, compelling characters, and vivid evocation of the Southwest will set readers' pulses racing and launch a mainstream Western writer for the '90s and beyond.

Tularosa--"the place of reddish willows" in Spanish--holds the key to Kevin Kerney's past and his future. Ex-chief of detectives in the Santa Fe Police Department, shoved into early retirement by a shot-up leg, Kerney is fresher in body and mind than he realizes when Navajo Indian Terry Yazzi, his ex-partner and the man responsible for his injuries, asks him to locate his son, reported AWOL from the high-security White Sands Missile Range in southern New Mexico.

To find Sammy Yazzi, Kerney must track clues that lead deep into the histories of the region-Native American, Hispanic, and Anglo-and, compellingly, into his own family's ranching past. And he must deal with the complicated feelings triggered by the officer in charge of the army's own investigation, Captain Sara Brannon, a fiery young officer as formidable as she is attractive. As Sammy's trail spirals into a web of murder, treason, and the smuggling of priceless artifacts, Kerney and Brannon travel an accelerating arc across the New Mexico scene--from the boutique-ridden plaza of Santa Fe, through the sharp-edged beauty of the high desert, to bordertown gambling dens--to a final confrontation in which, both wounded and at risk, they must fight for their lives and for each other against opponents who hold all the cards.

Tularosa begins a series featuring Kevin Kerney. In each book Kerney investigates a mystery in today's New Mexico with roots in the rich history of this fascinating region.