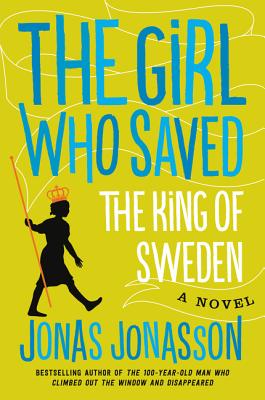 A picaresque tale of how one person's actions can have far-reaching—even global—consequences, from the author of the bestselling novel The 100-Year-Old Man Who Climbed Out the Window and Disappeared

In a tiny shack in the largest township in South Africa, Nombeko Mayeki is born. Poor and orphaned, she quickly learns that the world expects her to die young. But Nombeko has grander plans. Little does this cunning and fearless girl know that soon she will steal a fortune in diamonds, outwit a mad scientist kidnapper, travel across the world, fall in with a pair of diabolical assassins, and ultimately save a king--and possibly the world.

Jonas Jonasson tackles issues ranging from the pervasiveness of racism to the dangers of absolute power in a charming and hilarious story. In the inimitable voice that has earned him legions of fans the world over, he gives us another rollicking tale of how even the smallest of decisions can ripple out into the world.

Jonas Jonasson was a journalist for the Expressen newspaper for many years. He became a media consultant and later set up a company producing sports and events for Swedish television, before selling his company and moving abroad to work on his first novel. He is the author of The 100-Year-Old Man Who Climbed Out the Window and Disappeared, The Girl Who Saved the King of Sweden, and Hitman Anders and the Meaning of It All. He lives on the Swedish island of Gotland in the Baltic Sea.

“A funny and completely implausible farce about a woman, a bomb and a man’s frustrated ambition to overthrow the king of Sweden… The rest of the world will chuckle all the way through it.”
— Kirkus Reviews (starred review)

“In The Girl Who Saved the King of Sweden, Jonas Jonasson unfurls a wide, whimsical net that readers will relish being caught up in.”
— BookPage

“A funny and improbable tale with characters from South Africa to Sweden demonstrates how even the most seemingly insignificant people can change the fate of the world.”
— Denver Post