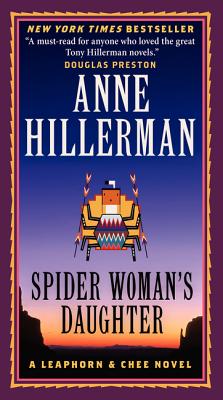 By Anne Hillerman
Email or call for price
Hard to Find

Navajo Nation Police Officer Bernadette Manualito witnesses the cold-blooded shooting of someone very close to her. With the victim fighting for his life, the entire squad and the local FBI office are hell-bent on catching the gunman. Bernie, too, wants in on the investigation, despite regulations forbidding eyewitness involvement. But that doesn't mean she's going to sit idly by, especially when her husband, Sergeant Jim Chee, is in charge of finding the shooter.

Bernie and Chee discover that a cold case involving his former boss and partner, retired Inspector Joe Leaphorn, may hold the key. Digging into the old investigation, husband and wife find themselves inching closer to the truth...and closer to a killer determined to prevent justice from taking its course.