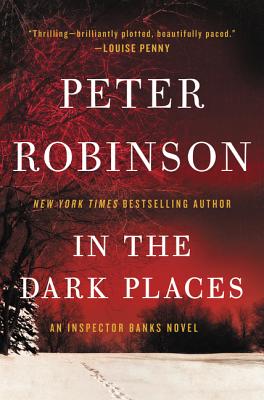 This is book number 22 in the Inspector Banks Novels series.

Louise Penny calls In the Dark Places "brilliant." Tess Gerritsen says it's "thrilling." And Michael Connelly describes Peter Robinson as "amazing." One of the world's greatest suspense writers returns with this sensational new novel featuring Inspector Alan Banks, hailed by Michael Connelly as "a man for all seasons."

It's a double mystery: Two young men have vanished, and the investigation leads to two troubling clues in two different locations.