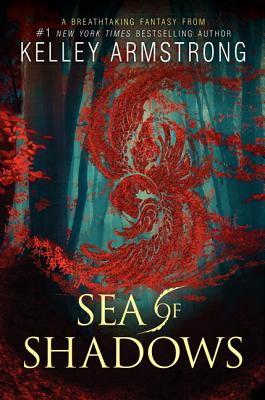 This is book number 1 in the Age of Legends Trilogy series.

Twin sisters Moria and Ashyn were marked at birth to become the Keeper and the Seeker of Edgewood, beginning with their sixteenth birthday. Trained in fighting and in the secret rites of the spirits, they lead an annual trip into the Forest of the Dead. There, the veil between the living world and the beyond is thinnest, and the girls pay respect to the spirits who have passed.

But this year, their trip goes dreadfully wrong.

With all the heart-stopping romance and action that have made her a #1 New York Times bestselling author, and set in an unforgettably rich and dangerous world, this first epic book in the Age of Legends trilogy will appeal to Kelley Armstrong's legions of fans around the world and win her many new ones.

When librarians finally granted Kelley Armstrong an adult card, she made straight for the epic fantasy and horror shelves. She spent the rest of her childhood and teen years happily roaming fantastical and terrible worlds, and vowed that someday she'd write a story combining swords, sorcery, and the ravenous undead. That story began with the New York Times bestselling Sea of Shadows and continues with Empire of Night.

Armstrong's first works for teens were the New York Times bestselling Darkest Powers and Darkness Rising trilogies. She lives in rural Ontario with her husband, three children, and far too many pets.

“We loved the dark fantasy and smoldering romance in this story of identical twins with very different personalities. A tale of heroes, filled with mythological creatures, valor and self-sacrifice--fans of high fantasies will happily slip into this action-packed and exciting tale.”
— Justine Magazine

“A fascinating mythical world filled with danger, monsters, and betrayal at every turn. Fantasy fans will enjoy the complex world.”
— School Library Journal