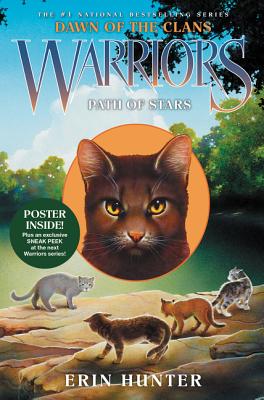 The sixth book in the Dawn of the Clans series takes readers back to the earliest days of the Clans, when the cats first settled in the forest and began to forge the warrior code.

After moons of strife, the forest cats have settled into five camps. But now the dangerous rogue Slash has kidnapped Clear Sky's mate, Star Flower, and made demands for prey that the cats cannot afford to meet. Desperate to save Star Flower, Clear Sky must convince the other groups—led by Tall Shadow, Wind Runner, Thunder, and River Ripple—to join forces, or their new way of life may not survive.

Also includes a sneak peek at the next Warriors series, A Vision of Shadows!

Wayne McLoughlin studied art at San Diego State University and has worked as a writer and illustrator for such magazines as Esquire and National Lampoon. His books for children include Fireflies, by Alice Hoffman, Here is the Wetland, by Madeleine Dunphy (both Hyperion), and Loch, by Paul Zindel. He lives with his wife and daughter in Bellows Falls, Vermont.