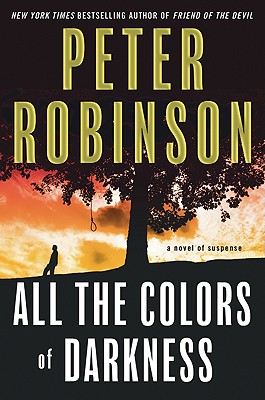 “The Alan Banks mystery-suspense novels are, simply put, the best series now on the market.”

Peter Robinson is one of the very best in the crime fiction business—a teller of dark police tales who stands firmly in the bestseller ranks alongside Ian Rankin and Elizabeth George. In All the Colors of Darkness, the maestro whose masterworks Janet Maslin of the New York Times compares to “the masculine, brooding work of Dennis Lehane, Michael Connelly, Harlan Coben, George Pelecanos, and Jonathan Kellerman,” brings back his unforgettable series characters Yorkshire Chief Inspector Alan Banks and Detective Inspector Annie Cabbot. A gripping story with echoes of Shakespeare’s Othello set in our contemporary age of terrorist fears, All the Colors of Darkness supports the Miami Herald’s contention that “it’s a crime if you miss [this] author.”