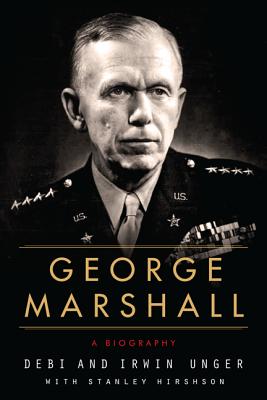 A major historical biography of George C. Marshall—the general who ran the U.S. campaign during the Second World War, the Secretary of State who oversaw the successful rebuilding of post-war Europe, and the winner of the Nobel Peace Prize—and the first to offer a complete picture of his life.

While Eisenhower Patton, Bradley, Montgomery, MacArthur, Nimitz, and Leahy waged battles in Europe and the Pacific, one military leader actually ran World War II for America, overseeing personnel and logistics: Chief of Staff of the U.S. Army from 1939 to 1945, George C. Marshall.

This interpretive biography of George C. Marshall follows his life from his childhood in Western Pennsylvania and his military training at the Virginia Military Institute to his role during and after World War II and his death in 1959 at the age of seventy-eight. It brings to light the virtuous historical role models who inspired him, including George Washington and Robert E. Lee, and his relationships with the Washington political establishment, military brass, and foreign leaders, from Harry Truman to Chiang Kai-shek. It explores Marshall’s successes and failures during World War II, and his contributions through two critical years of the emerging Cold War—including the transformative Marshall Plan, which saved Western Europe from Soviet domination, and the failed attempt to unite China’s nationalists and communists.

Based on breathtaking research and filled with rich detail, George Marshall is sure to be hailed as the definitive work on one of the most influential figures in American history.

Together Irwin and Debi Unger have authored LBJ: A Life and several other books. They live in New York City.

Irwin Unger has won the Pulitzer Prize in history for The Greenback Era as well as two Guggenheim fellowships. Together Irwin and Debi Unger have authored LBJ: A Life and several other books.

Stanley P. Hirshson was professor of history at Queens College and the Graduate Center of the City University of New York. He is the author of biographies of Brigham Young, Gen. William T. Sherman, and Gen. George Patton, and died in 2003.

“A full-scale biography of this great soldier-statesman that is both comprehensively researched and highly readable.”
— Publishers Weekly

“This biography provides an excellent overview of one of the 20th century’s most influential soldiers and statesmen… Strongly recommended for those interested in military and war history.”
— Library Journal

“An excellent reexamination of Marshall’s career that is ideal for general readers.”
— Booklist

“By any standard, George C. Marshall looms large over the twentieth century. Debi and Irwin Unger’s in-depth biography will raise an eyebrow or two over the man we thought we knew and provide an intriguing look at Marshall’s guarded personality, his complicated relationships, and his turbulent times.”
— Walter R. Borneman, author of THE ADMIRALS and AMERICAN SPRING